Codelearn.org built by Ashish Sharma and Hemanth teaches you how to build web applications with Ruby On Rails. What differentiates this from other tutorial sites is that, it also lets you follow whatever’s being taught on an online code playground.

The tutorials focus on building a todo list app, which is a standard helloworld for those new to building web applications. If you follow through the tutorials, you’ll have a working Rails application in no time. 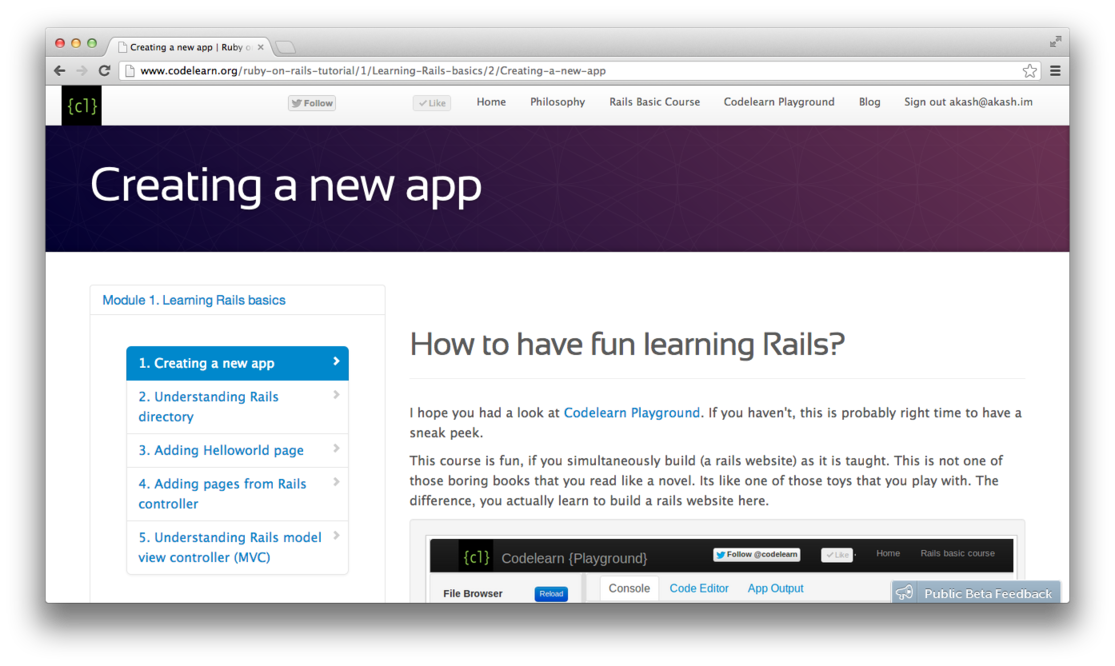 Every tutorial is detailed. They comes with plenty of screenshots and code snippets. So you’ll never be lost incase something goes wrong.

If you are a developer, go straight to the code playground these guys have built. It works and it’s pretty.

A few months ago when Ashish showed off the demo video, I was put off by the code playground. Not anymore. It looks like a lot of work has gone into making that work. 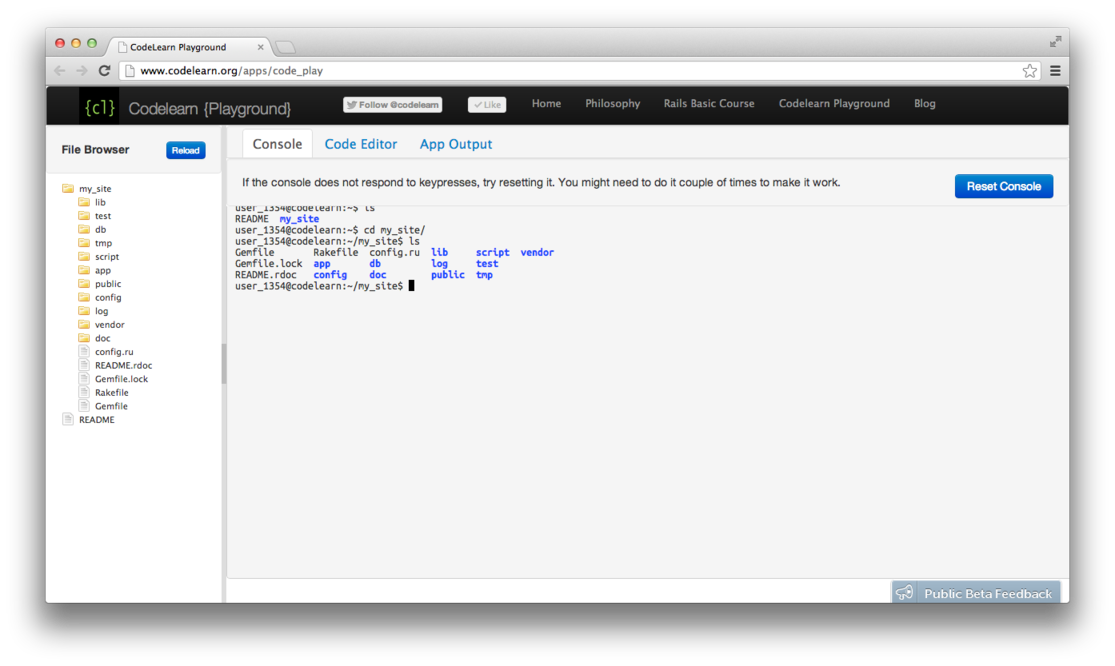 The code playground is like one of those free-to-roam worlds. They’ve made sure that the feel of really working with Rails isn’t covered with some velvet interface for everything. It has a file browser, a console, an editor and an output tab. The console lets you type into linux terminal. It looks like every user is given a seperate directory.

The code playground does have a few minor bugs. That aside, the app is pretty well polished for something so nascent. This is an example of how Twitter Bootstrap can be customized for not-so-usual use cases.

Getting a Rails development environment setup on your computer is going to be a nightmare if you are new to Ruby. Most people I know were put off by that and moved on to other tools that were faster to install. Once you have a development environment setup for Ruby, Rails is pretty easy to pickup. In no time you’ll be doing things that you never thought you would be able to do. That I attribute to the community around Rails, and Ruby in general which is very active.

If learning Rails is on your mind, I suggest you try a few lessons at CodeLearn. You’ll be impressed.